Animal Aid Unlimited co-founder Erika Abrams feeds two orphaned calves that have been given a second chance at life in Udaipur, Rajasthan, India. Gaurav (brown boy) and Maruti (blonde girl) are frolicking friends now, and they are safe and loved in the care of Animal Aid Unlimited.  March 2014.

Alexa Vath shared these WONDERFUL photos from her family's holiday Disney cruise in December 2013.  Beamer, Alexa's service dog, got to make the trip too.  Alexa brought along Beamer's Fundana to capture some photos, and it looks like they had a fantastic adventure!

'Roller Boogie' Then & Now: Jim Bray & Linda Blair (1979) and Kenny & Linda Antonioli (2013). Two differences: Linda & Kenny were wearing Lisa's Fundanas and their picture was taken by Oscar nominee Paul Giamatti who was walking right behind them on the Venice boardwalk. 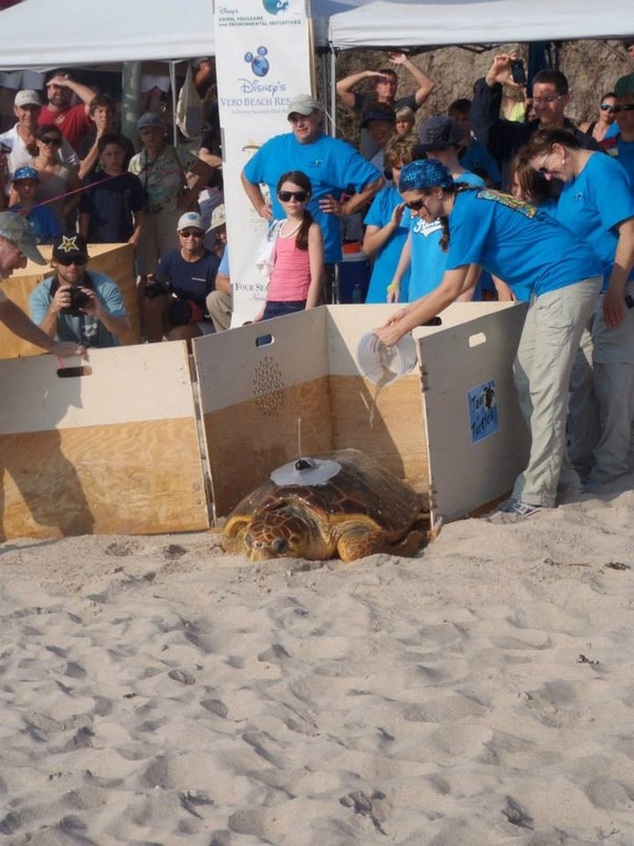 On your mark, get set, go!  This female loggerhead sea turtle, named Ripley, was released during Tour de Turtles on Melbourne Beach in Brevard County, FL, July 2013.  Brevard County is home to more loggerhead sea turtles during nesting time than any other place in the Western Hemisphere, and Ripley had laid her eggs just hours before being released.  Ripley joined 11 other sea turtles in the "race" to see which turtle migrates the farthest.  Track the sea turtles' migration routes at www.TourDeTurtles.org.  And look!  The woman at the starting gate has on a Fundana! 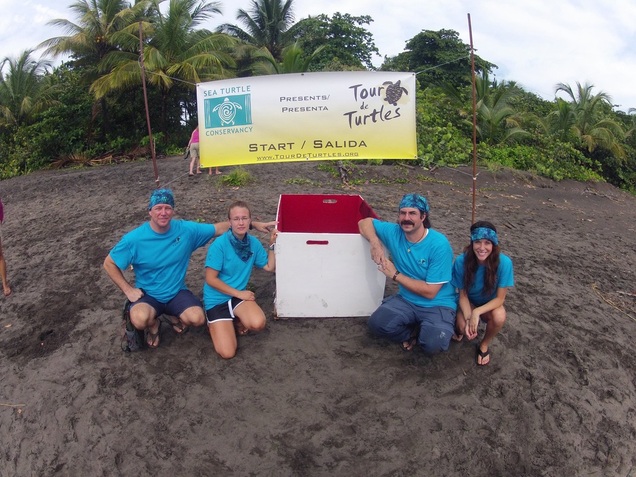 Sea Turtle Conservancy's Executive Director, David Godfrey, and satellite tracking expert, Dan Evans, along with two research assistants, had just released a sea turtle in Tortuguero, Costa Rica, in July 2013.  This turtle is being tracked as part of Sea Turtle Conservancy's Tour de Turtles.  You can follow all the "racing" turtles' migration maps at www.TourDeTurtles.org. 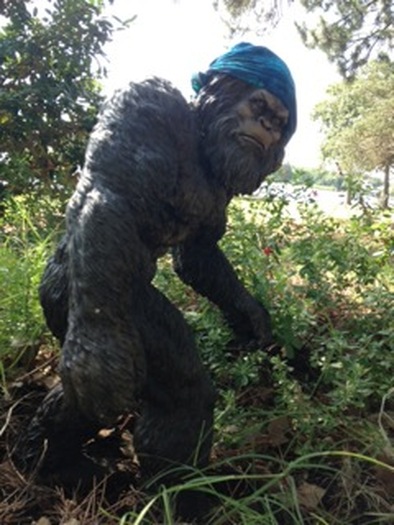 On the summer solstice in June 2013, Georgia Richey spotted this yeti in North Texas, and she was quick to capture it on film before the yeti quietly slipped away. Thanks, Georgia! This provides indisputable evidence that yetis do, indeed, exist and Texas yetis avoid sunburn on their heads by wearing Fundanas.